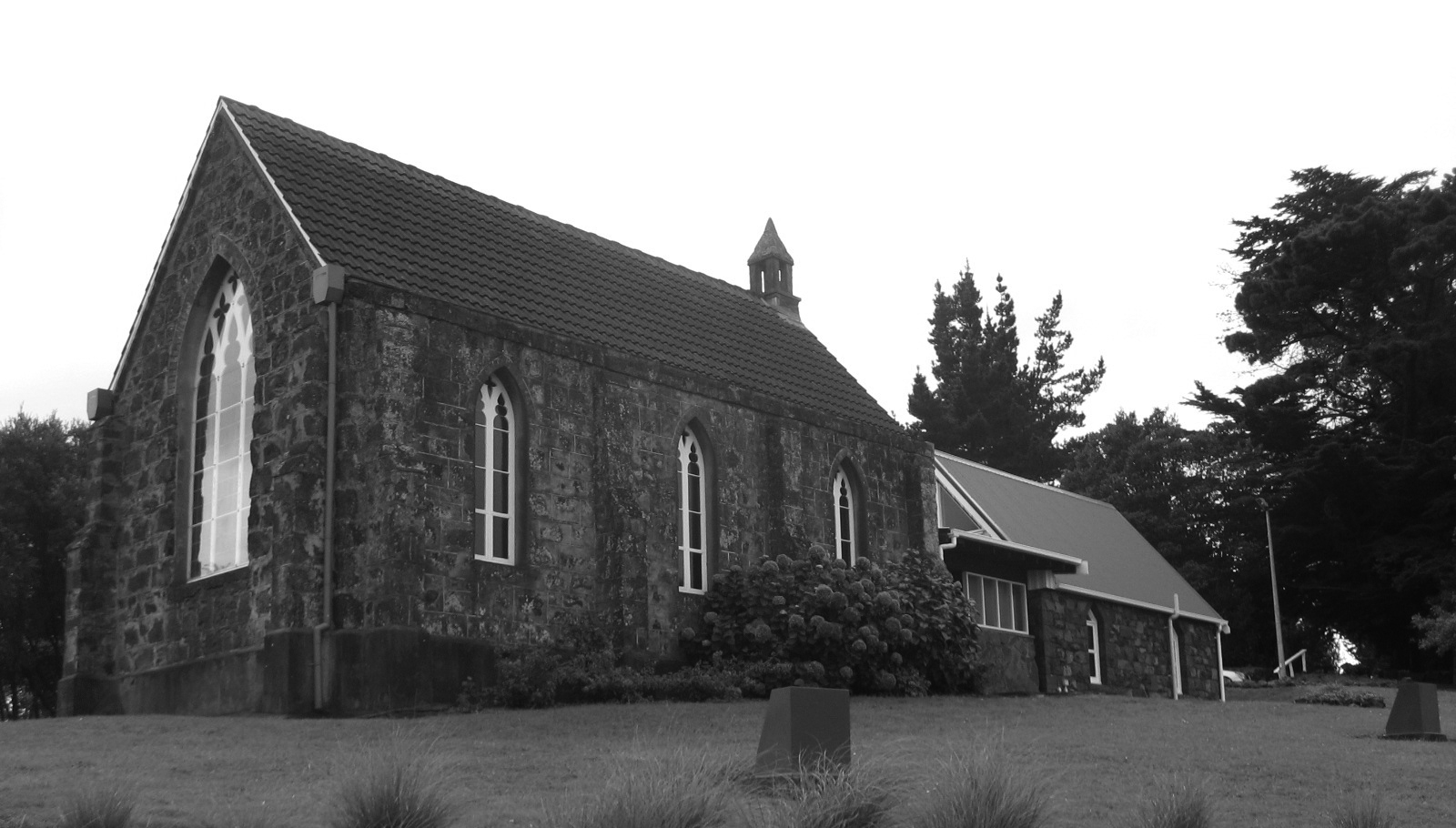 The historic church of St John's, Hampton Park (opened in January, 1862) was built from basalt rock quarried and cut on the grounds. Gideon Smales was an early Wesleyan missionary, born in Whitby, who arrived in the Hokianga in May 1840, as the Treaty of Waitangi was being signed.

He served in Nelson and among Te Rauparaha's Ngati Toa people in Porirua where he had several exciting adventures before moving north to a new Station at Aotea, near Kawhia in 1843. After 12 more years as a missionary in difficult circumstances, he left Aotea to settle on land he bought here from the Government and began a new life as a farmer. Hampton Park became one of the largest farms in the Auckland area and Smales a dominant pioneering figure. His first 2 wives both died tragically before he married for the 3rd time at St John's in 1873. He had 18 children altogether, 11 of whom died before him, all in tragic circumstances.

Smales was a fearless and courageous individual, an accomplished writer and speaker, and a friend of the great Nga Puhi chief, Tamati Waka Nene and many of the early colonial and Maori leaders. He died in 1894 and is buried outside the church, together with other members of his large family. Smales built the church for the local community. With a capacity of about 55-60 it is administered by the Gideon Smales Church Property Trust.